It’s approaching y’all. Tailgating, cheap beer, good football, and sunny fall Saturdays. With the college football season soon approaching, I decided to take a look at the overall game-day experience of perhaps the greatest football conference in the country, THE Southeastern Conference.

SEC fans are as passionate about their football as any fanbase in the country. They love their football and like the SEC motto says, “It just means more” and in the SEC it truly does to the fans. They lead all conferences in attendance for football games, bringing in an incredible 75,074 fans per game, on average in 2017. That’s nearly 10,000 more per game than the second-place Big Ten.

Fans of each team will tell you why their game-day experience and stadium is the best. The SEC holds some of the greatest traditions, including Ole Miss Walk of Champions through the grove, cowbells jingling through Davis Wade Stadium in Starkville and much, much more.

This one may come as no surprise to anyone. The Commodores have been the perennial doormat of the SEC for years. With the lowest capacity stadium in the conference and a lack of turnout for games averaging 28,000 for home games this season.

The Doores haven’t been competitive since James Franklin led them to back to back winning seasons and since the play on the field and lack of top tier facilities, it has made it difficult for the program to gain any viable support from fans. The academic requirements from the

Vanderbilt does lie in the heart of a rapidly growing city like Nashville with plenty to do, but the urban setting isn’t ideal for fans who are looking for that traditional SEC tailgate. 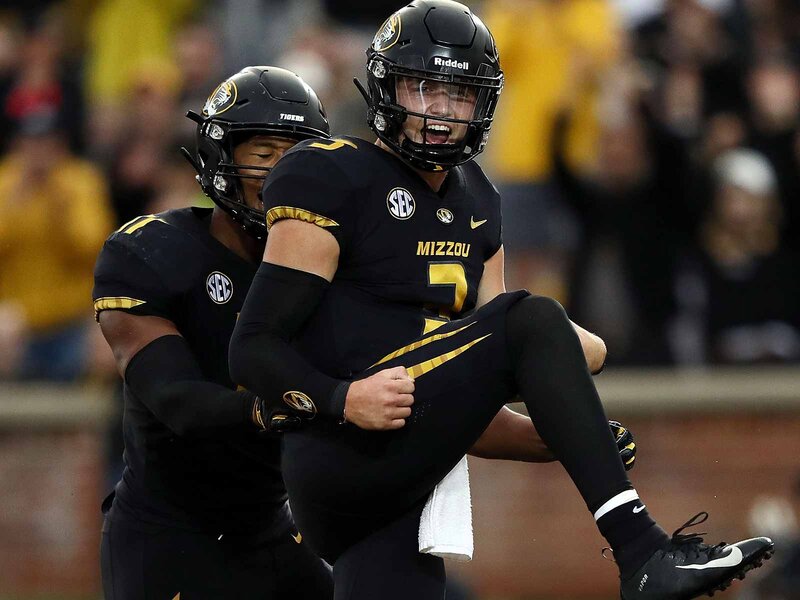 The Missouri Tigers won the SEC East back-to-back only a year after arriving in the SEC a few years back. With the transfer of Kelly Bryant to town taking over for Drew Lock, fans should have something to be excited about. The Tigers have a solid game day with a good showing from the fans. There are also many great places to eat in Columbia. The tailgating takes place around the stadium. With renovations to the stadium being completed, this could be a contender in the future if the play on the field improves with the renovations.

As much as I hate to say this as a current UK student and huge college football fan, basketball still rules in Lexington. After a historic ten-win season this year led by top ten pick draft pick Josh Allen and the goat Benny Snell, things seem to be on the rise for the football Cats under coach Mark Stoops.

The stadium is nice and newly renovated. When some of the big dawgs in the SEC come to town like Georgia did last year, the game was completely sold out and the fans showed out. Nothing beats catching some of the horse races down at Keeneland during the and then catching a late night football game in Lexington.

The tailgating, however, took a huge hit when school admins decided to get rid of the bowl, a tailgating spot where all students can get as drunk as their heart’s desire and walk over to the football stadium without taking the risk of driving and replacing it with an alcohol free, university ran tailgating spot for students. The results of taking this away from the students led to off-campus tailgates and barely into the first year of the new tailgating policy a little kid ended up dying from a drunk fraternity driver hitting him. Kids are going to drink regardless of the absence of a tailgating spot, UK…you need to step up. The Razorbacks are coming off one of their worst seasons in recent memory but the fans are still into each and every game like it’s of any importance. The Woo Pig Sooie chant before kickoff is one of the weirdest yet greatest traditions in college football. Great overall game-day experience in general.

The constant ringing of cowbells in this place will drive any visiting team wild. The fans in Starkvegas love their bulldogs. Other than the school and its sports teams, there is absolutely nothing exciting or interesting about Starkville, MS. The singing of Hail State the day before each game, which kicks off the day-long party. Fans have been treated to great years under former Coach Dan Mullen and Joe Moorehead. Tailgating is up to par with the middle of the pack SEC teams.

The tailgating at SC is as good as any team in the conference. With one of the best tailgating spots in the cockaboose railroad cars that include running water, air conditioning, and a steep price. Sandstorm by Darude is one of the most electrifying and hyped ways to get the fans and the players pumped up and ready to go. 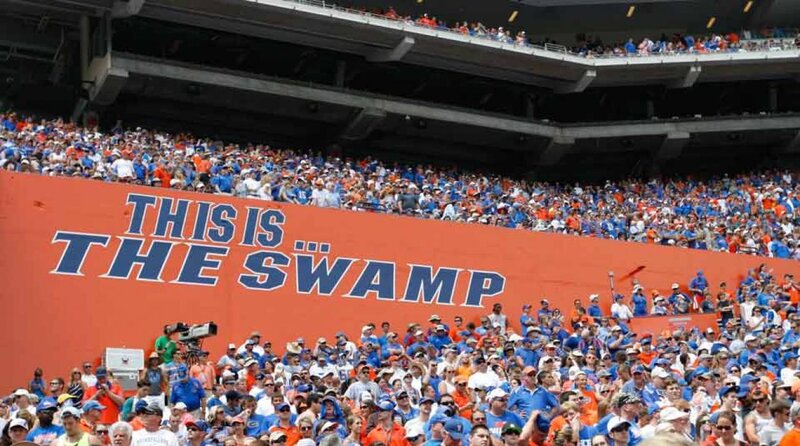 The Swamp. At its peak during the Urban Meyer years may have been the toughest place to play in all of college football. With the whole stadium chomping as well as high temperatures, it can make playing here a hell hole for opposing teams. As for the tailgating experience, it really doesn’t get any better than the annual Florida-Georgia game held in Jacksonville. To overlook and bless the entire stadium is the statue of his holiness Tim Tebow who is absolutely revered down in Gainesville.

Best known for: The Chomp 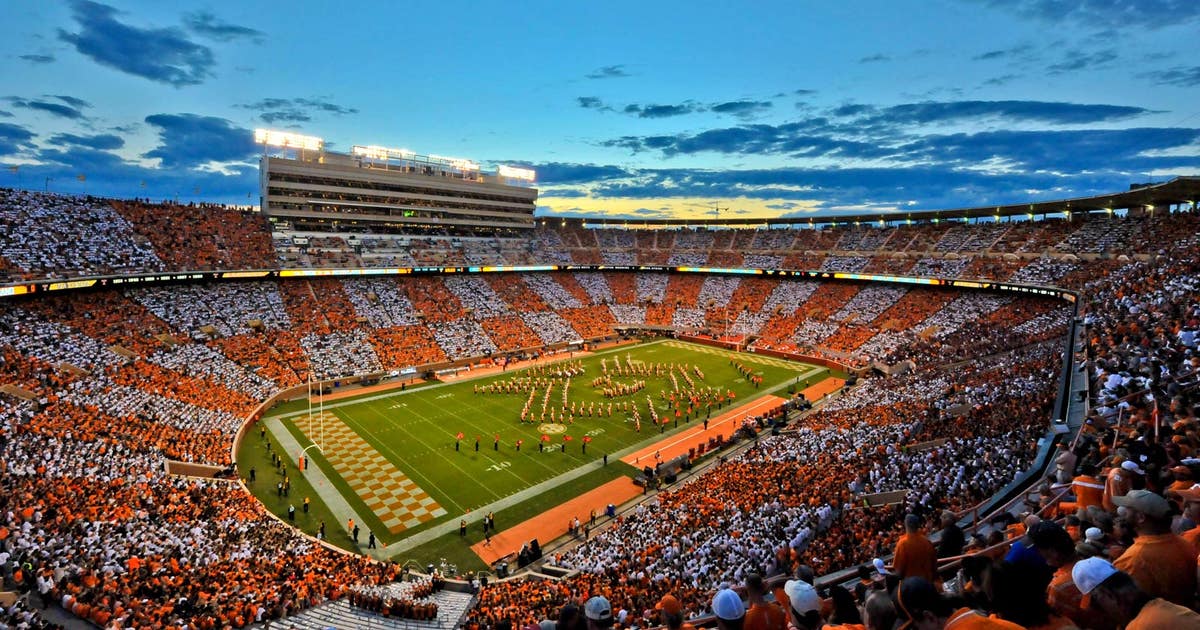 The center of Tennessee football tailgating is in the Tennessee River. Yes, you heard me a river. The stadium environment is one of the best in the SEC. The fans are so dedicated that for all their home games they create an orange and white checkerboard going around the entire stadium. Imagine watching an SEC Saturday matchup featuring Peyton Manning at QB for the Vols, but it couldn’t get any better than that. The glory years may be behind for the Vols, but their gameday experience is in the upper echelon of the conference.

The stadium between the hedges. Nothing too special about the tailgating scene which mostly takes part in the north part of campus. The in-game atmosphere bumps them up higher on this list as well as their play on the field recently makes this a tough place for opposing teams.

It’s hard to compete with home state rival Alabama on the field, but the Tigers have a fantastic game day experience worthy of a top five spot on this list. You might not find a better atmosphere across the SEC than Auburn students rolling “Toomer’s Corner” after wins. The atmosphere during an Iron Bowl game is as loud and crazy as one would expect out of such a fierce rivalry. 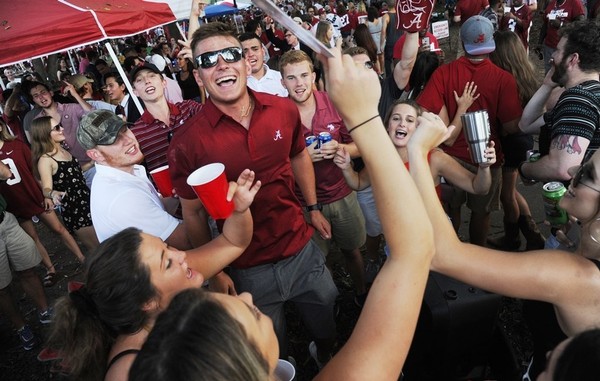 The house that Nick built. Alabama fans have been consistent national title contenders for over a decade now under coach Nick Saban. With the consistency in winning and the amount of press and publicity this program gets it is reciprocated by the fans. Nick Saban did complain to the students this past season that they weren’t showing up to games like they were supposed to. You can see why because a home game at Bryant-Denny is a guaranteed win for Bama. The center of the University of Alabama, as well as the center of its football tailgating scene, is the Quad. Fans now more than ever have something to cheer about with Tua Tagoalioa emerging as a star. 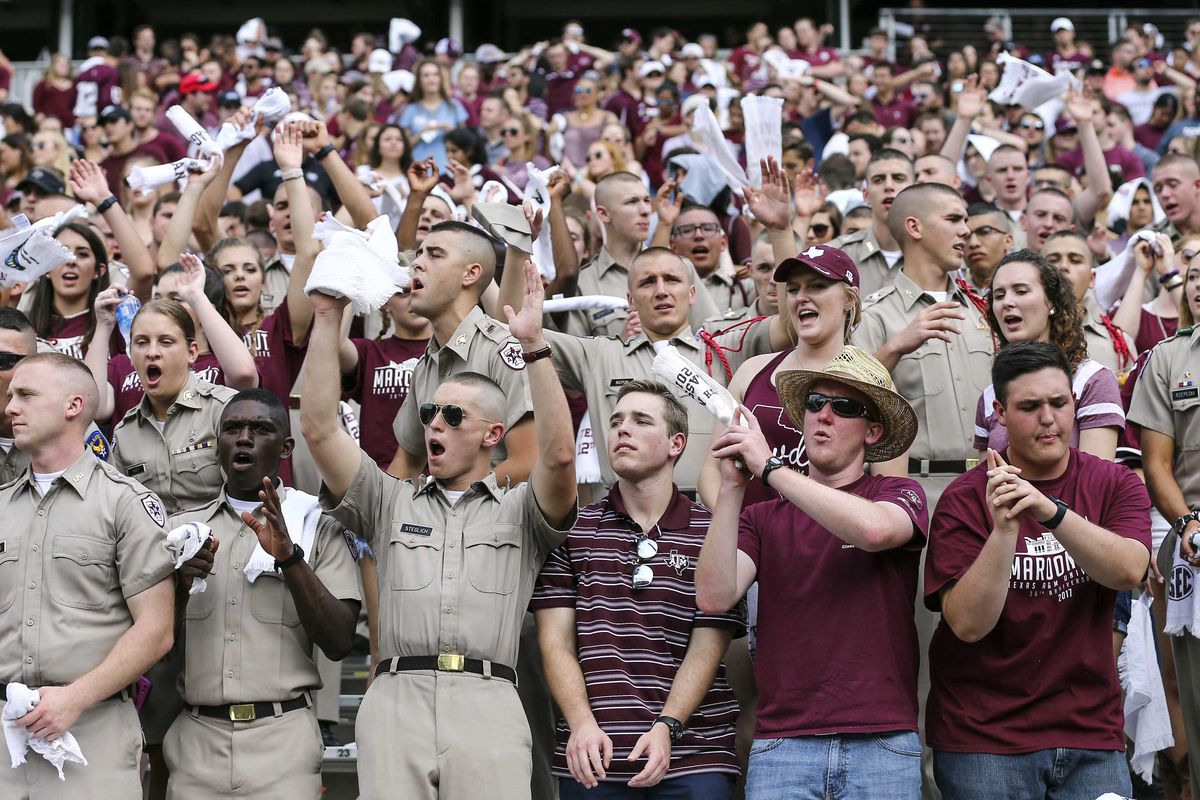 The 12th man advantage is legit at Kyle Field. One of the toughest and loudest places to play in the country, A&M has as a real of a home-field advantage as anyone. The fans create a tough environment for opposing teams, with the Aggies compiling an overall record of 402-161 beginning in the 2015 season. Kyle Field is the biggest stadium by capacity in the SEC. Football is a religion in Texas and this massive stadium shows why everything truly is bigger in Texas. 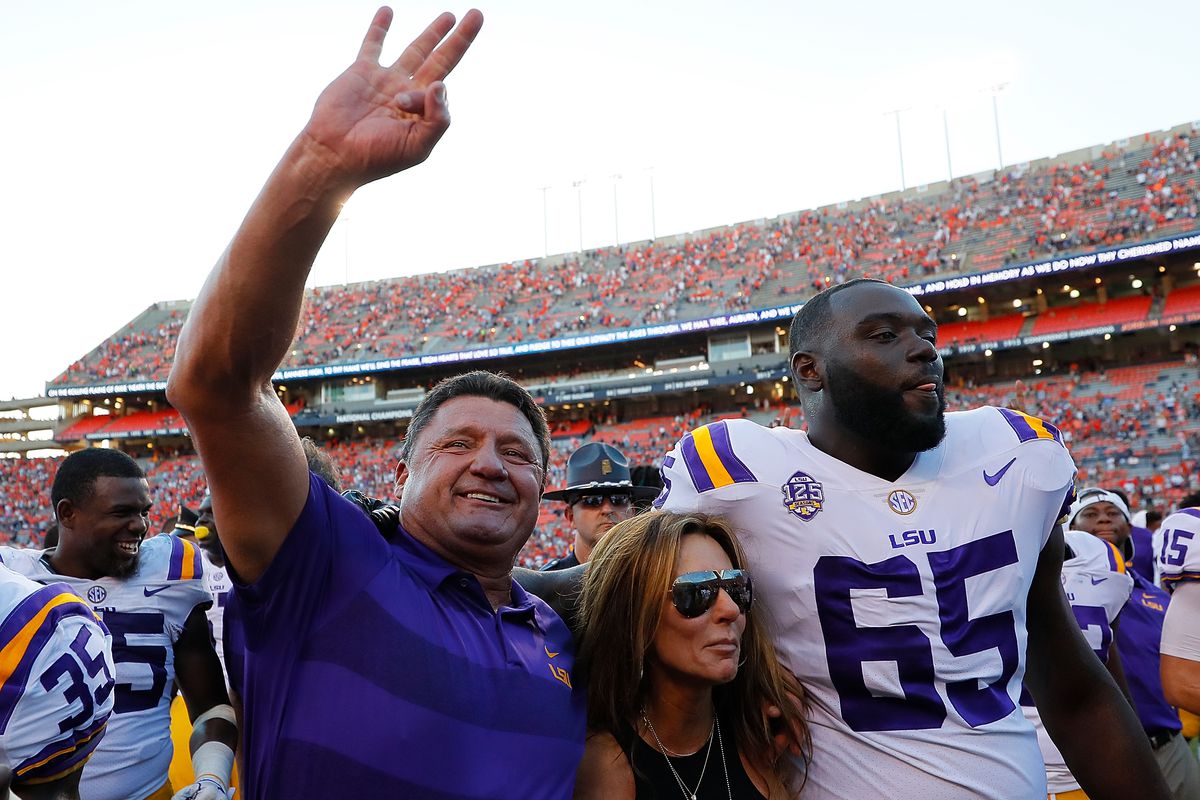 The students and fans at LSU know how to have a good time. With great cajun food and fried gator when Florida comes to town, the atmosphere is almost unmatchable. A Saturday night game in Death Valley is as wild of an environment as you’ll see. Alabama is the only team in the conference to have any sustained success in Baton Rouge.

Best Known for: Every team in the SEC being scared to play there

The football at Ole Miss may be a bit mediocre as last season the team couldn’t reach above .500, but the tailgating and pregame scene down in Oxford is matched by none. You can be an Ole Miss fan or a fan of the opposing team, the grove accepts everyone. With beautiful women and great food leading to the team heading to the stadium under the ‘Walk of Champions’ arch is an unmatched experience. A must for any SEC fan or college football fan in general.

Best Known for: The Grove