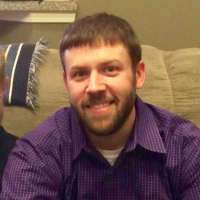 One of the most underrated gifts the 40th President of the United States Ronald Reagan gave us was naming July National Ice Cream Month. Ice Cream is the greatest dessert ever. It cools you down, makes you feel better, and helps you recover from many of life's problems. Think about it. Your buddy steals your car then wrecks it. Where's he taking you? To get ice cream. How do we honor this great month? By checking out the women who put fire in loins eat ice cream, of course! Check out the gallery after the jump.

How To Buy Lingerie For Your Girlfriend

Every guy loves lingerie. If your chick's wearing it, you know things are gonna get good. However, girls rarely break that sh*t out. So, to give them that extra nudge, you figure I'll just buy her some. Then reality sets in. Guys hate shopping in general, but shopping for "the unmentionables"? Even worse. You feel so uncomfortable walking into a store that sells women's underwear, you might not know what to ask or look for. Don't worry, if you follow our guide, you'll be in and out of that store (and in and out of your lingerie-rocking girlfriend) in no time. Check out our full guide after the jump.

There is no sugar coating it, Major League Baseball on television is boring. Actually attending a ballgame is not that...

Bachelor parties are the last hurrah for the groom-to-be. It's a time for a bunch of dudes to get together, get ridiculously drunk, throw around some money, and give in to the most debase, immoral activities the male mind can conjure up. The last thing any guy wants to think about when he's about to let loose is rules, but if you want the final send-off to live on forever, we have a few do's and don'ts that'll ensure an award-winning sh*tshow. Check it out after the jump!

Do Americans realize that we are not the only country with beautiful women? Is there another land overloaded with talent?...

April 27th is Secretary's Day (or Administrative Assistant Day to all you PC sissies).  When we think of secretaries, our minds drift to Maggie Gyllenhaal's performance in 2002's "Secretary". Keep in mind, every time she came on the screen during The Dark Knight, someone in the theater made a fart noise with his mouth. However, in "Secretary", she got placed in our fantasy file. That brings us to the purpose of this post - secretaries are super sexy. There are a few fantasies every man would love to fulfill: schoolgirl, cheerleader, teacher, and SECRETARY. Maybe because it's against company policy or we seek the sense of empowerment. Regardless, we've grabbed a ton of sexy secretaries for your enjoyment. Happy Secretary's Day! Check out the pics after the jump!

A Pictorial Tribute to the Daisy Duke [69 PHOTOS]

What is our obsession with Daisy Dukes? Why do so many of us care about jean shorts? It began in...