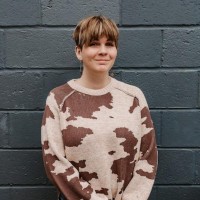 Sometimes you just need to mix it up a bit from the normal keg party. Sure, ladies love the casual get down as much as a bro, but every so often you need to crank it up to watch 'em drop. At COED, we put our collective heads together [...pause] to help you out with some good ideas. If you wanna go full-tilt, we've even included what drinks you should serve. Check out our frat-tastic list after the jump.

The 5 Definitive Types Of Drunks

Drunk people are fun: they can't walk in a straight line and they have trouble saying "no." And if your buddy is completely hammered, you can get him to do things he wouldn't normally do sober, like pick up a fat girl (both literally and in the 'porking' sense) or try to learn how to fly. While there are many benefits to being drunk, there's a dark underbelly that accompanies alcohol as well. For those of us who don't know our boundaries, we can end up with vomit all over our shirts, passed out naked on a park bench or handcuffed in the back of a paddy wagon. So what kind of drunk are you? Are you a crybaby, annoying or just a raving lunatic? Find out after the jump!

How To Get Over A Break Up Quickly

Getting dumped sucks, and since the dawn of time, the dreaded "it's not you, it's me" conversation has broken hearts and bruised egos everywhere. Whether you were with your girl for five months or five years, you'll still flinch when she sits you down for "that talk." You may suffer from several different kinds of impulses after your lady leaves: from drinking nine shots of whiskey to standing outside her window late at night playing Peter Gabriel from a boombox; none of your post-dumping decisions will be good ideas. So, put down that boombox and your PBR party ball and check out our five tips for getting over a breakup quickly after the jump!

It’s no wonder why 40s are the drink of choice on most college campuses. Why would you spend $3.50 for...

Which Weed Smoking Device Is Right For You?

Pot is good. It mellows you out, eliminates your girl's cramps during that time of the month so she can stop bitching, and is proven to slow the tumor growth rate of some cancers. Some people prefer one hitters to pipes; others swear by bongs. So which technique is right for you? Check out your options and let us know which method you prefer after the jump!