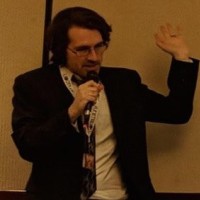 21 Film Franchises With WAY Too Many Sequels

When a movie ends up being a big box-office success, studios automatically think 'sequel' no matter what happened in the previous installment. It makes sense when called for (loose ends, other plausible storylines, etc.) but producers have a way of running something into the ground until it's no longer profitable. Today, we view anything beyond a trilogy as overkill but before the 70s, it was commonplace to pump out a sequel EVERY year. Some series have 21 or more installments. Thank the Big Man upstairs TV came along. Anyway, check out our list of film franchises with way too many sequels and let us know if we missed any in the comments after the jump.

Film Fact Or Fiction: Can You REALLY Hack These 5 Devices?

Movies are provocative, stimulating, and compelling. But we often forget they're FICTIONAL. That's how good they are. They make you believe what's happening on the screening is real or at least believable. Scary that most moviegoers blindly accept what they see on the silver screen. If someone's introduction to the internet was from the movie The Net, they'd never leave the house fearing that their pacemaker can be hacked into. Is this fear really warranted? Check out our findings after the jump.

The 10 Best & Worst Video Games Based on Movies

By now we're all numb to the marketing tie-ins for movies. It's not at all uncommon today to see movies being promoted through clothing, cereal and, of course, video games. Since the goal of a video game tie-in is to gain popularity and advertising for the film in question, one doesn't expect too much. Sometimes, however, the game can be a faithful homage that complements what we love so much about these movies. Other times the video game is nothing more than a cash-in. Check out COED's list of movie video games that we remember for better or worse after the jump.

Let me ask you something. You ever seen Speed Racer? You ever seen Speed Racer.....on weed? To be perfectly blunt, pun intended, there are movies that can only be enjoyable when under the influences. But just like with medicine and beer, there are some movies that don't work well with the wacky tobaccy. We count down the best and the worst movies to keep in mind when the next time you're browsing Netflix. See our picks after the jump!