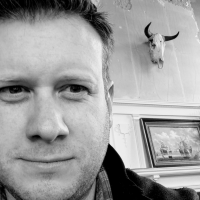 Today marks the 60th consecutive week that COED’s “Drinks of the Week” has been a featuring new and exciting spirits...

Happy Friday everyone! The weekend is almost here, so let's drink! This week we're taking a look at two whiskeys and one rum. To be specific; Headlong White Dog Whiskey from Woodenville Distillery, The Original Moonshine from the guys at Stillhouse Distillery, and Flor de Cana Grand Reserve 7 Year Rum straight out of Nicaragua. Do yourself a favor and check out our full reviews and excellent mixed drinks after the jump!

Happy Holidays! Our gift to you is yet another edition of COED's Drinks of the Week. This week we review MEDEA Vodka and its innovative LED bottle, Crown Royal - the famous Canadian blended whisky, and WhistlePig Straight Rye Whiskey from Vermont. C'mon, unwrap your present and keep reading!

GoldenEye 007 for Wii Withstands the Test of Time

Designed exclusively for Nintendo Wii, GoldenEye 007 has a lot to live up to! The original on N64 sold over 8 million freakin' copies back in 1997 and is widely considered the most influential first person shooting (FPS) game of all time. That being said, we are happy to report that this fast paced FPS did not let us down!

Break out your vuvuzelas, EA's newest installment of FIFA Soccer has just been released on Nintendo Wii. For soccer fans looking for the most realistic, true to life representation of the game, FIFA 11 is the video game you've been waiting for.

Some households have upwards of 5 remotes. What a mess. You can always buy a universal remote, but can you open a beer with it? COED takes a look at the quite possibly the most awesome invention since the Fleshlight. Now, you just need to buy a cooler, install that toilet into the recliner, and you'll never have to get up again.