5 Situations Where A Lie Is Better Than The Truth

In a world in which honesty is scarce, lying may not appear to be a charming virtue. And of course, it isn’t. But everybody knows that there are times when it is better to lie, whether to save another individual some unnecessary pain or to save yourself from unnecessary pain in prison.  The truth is: honesty isn’t always the best plan. Here are 5 instances in which you would consider lying.

1. Job Interviews – Be as honest as possible, but at the same time don’t admit to your penchant for stealing office supplies. Luckily, interviewers tend to ask open-ended questions that allow you to avoid the bits of information you would rather not divulge, rather than outright lie. Where you will not have that option is when they ask things like “why did you leave your last job?” or “how did you get along with your previous boss?” In these instances, frame your answers to make it look like you learned a lesson or outgrew a position. Don’t admit that you left because you thought your female boss was really ugly and seemed to flirt with you. Don’t go there at all. 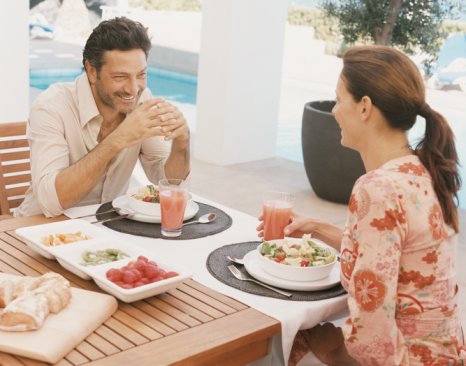 2. Girlfriend – And this is the classic that most guys have already picked up on. When she asks “Does this make me look fat?”, you answer “No” regardless of how it makes her look. The crucial thing which most guys miss, however, is to follow-up this answer with something positive and reaffirming, and then something practical and helpful. For instance, if the shirt she put on does indeed make her look fat, and she confronts you on this, your reply could be something like this: “No honey, you look beautiful. That shirt really doesn’t do you justice though.” Got the general idea? Good, now go practice.

3. Friends – There will be times when a friend asks your opinion about something they created, or accomplished, or are proud of. Even if you don’t give a rats ass about it, maintaining a friendship is in most instances more important than being brutally honest. This will follow the general guidelines of the Girlfriend scenario above, although you can skip the “something practical and helpful” part if you like (keep it simple: “yes, you were great in that play”).

4. Parents – No matter how bad your parents screwed up, they did the best they could. In most cases anyways. And believe me, they know they weren’t the best parents ever, but there will be times when they may seek assurance from you that they didn’t destroy your life. So even if you feel like they made some huge mistakes, don’t tell them that when they ask about it on your 21st birthday. Instead, thank them for what they did do: “I know you guys love me and always wanted the best for me.” If that’s too cheesy for you, just keep it simple: “I had a pretty good childhood” or “I could have been born in Somalia. I consider myself lucky.” You get the idea.

5. Negotiating – And this is common sense to most people, but it’s also a common mistake that people make: they are too honest in negotiating situations. When you are buying a car or a house, you don’t want to be the nice guy. You don’t want to be liked. What you want, is to save money. I’m not saying that you should be mean or be a bastard or anything, just that you aren’t trying to make friends. So don’t let on what you are really thinking during any sort of negotiation. Instead, communicate luke-warm interest (“its okay, but I really don’t need it”), or financial strain (“that’s just too much” – no matter if it is or not), or even simple indecision (“I just don’t know……what can you throw in?”). What you do not want the car dealer or real estate agent to know is 1. that you really want what you are negotiating for, and 2. how much you are willing to pay for it. These are your pocket aces. Keep them hidden and keep the salesman guessing.