6 Things That Really Suck About Coachella

With daily line-ups that look like they’d fill years rather than hours, the Coachella Valley Music and Arts Festival, which starts tomorrow in Indio, California, is a musical mash of now–no matter what you’re into, Coachella has something to offer. And compared to infamous Woodstock, this now-3-day festival in the desert seems like the Garden of Eden, with music, grass, free water, environmentalist chicks.

But despite a pretty solid line-up and a host of bra-less beauties, here are 6 things that really suck about Coachella, 2008.

1.) Jack Johnson: This shoeless assclown is headlining Coachella’s opening night? I feel like the goofy bastard just lucked into his gig. He sings his songs like the soul of Bob Marley belts every note, and Dylan writes every word. But he’s just some half-assed white guy from Hawaii with a guitar, who enjoys sitting around, kicking off his Crocks, and having a f*cking 60,000-person sing-along. This guy did the soundtrack to the F’ing Curious George movie, people. Have some self-respect and head over to Sahara–Fat Boy Slim is playing at the same time. 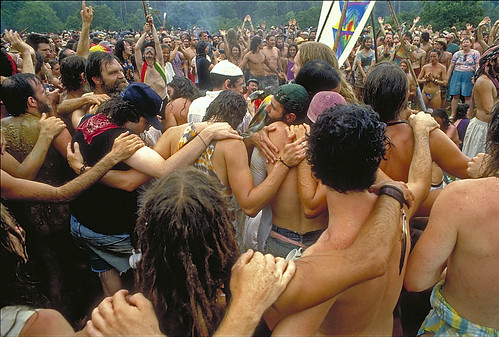 2.) Hippies: The average temperature in Indio, CA in August is 106-degrees. Do you know what one hot hippy smells like? How about thousands? Hippies haven’t figured out that “putting on pechouli” and “taking a bath” aren’t synonymous to the rest of society. That, and guy hippies are f*cking creeps. Other guy hippies may not realize this, but any girl in her right mind that I know wouldn’t camp alone with a bunch of hippy dudes. They’re all, “I’m here with my bongos. I made you a bracelet. Here, swallow this.” F*ck that.

3.) Everyone Else: Even worse than douchey hippies is realizing you smell just as badly as they do. Your hair’s unkempt, your ass-crack is sweaty, your balls have permanently adhered to your leg. And it’s 9am. After just one day of dancing, drinking, and moshing, you’ll be covered in a pungent layer of everyone else’s sweat, at best, along with your own. Even the girls end-up a little gnarly. They say they’ve increased bathroom capacity this year, but that’s just because there’ll be more people needing to use them, at the same time. So, enjoy! 4.) Death Cab for Cutie: Let’s start with the hair. WTF? That wave? It’s like the fat-dude comb-over. They try to play it off like they’re in their 20’s, but they’re over 30, and it’s obvious. Then the name–a reference to a song in The Magical Mystery Tour. If you ask me, they’re playing “Who Can Make the Most Obscure Beatles Reference” with the douchebag from Cold Play (he named his daughter Apple–the Beatles record label). Liking the Beatles is not douchey; advertising that fact in the name of your band (or daughter) is.

5.) 165,000 “New Friends:” I don’t know about you, but I’m not much of a hugger. At least not with strangers who happen to be in line with me at the over-priced lemon-aide stand, between sets. That’s not to say meeting new people isn’t a good thing, especially cool new people who are into the same music as you. But I live in New York where personal space is kind of a big deal. I mean, we should definitely hang out, but that doesn’t mean we have to touch–ever. I’m not a hermit or anything. It’s just that between FaceBook, MySpace and actually having friends, it’s getting to be a bit much. Now I have to make room in my life for 165,000 more people? When does this stop?

6.) $250 Tickets: These days, most of us don’t have a lot of expendable income. For all three days, the ticket is $250. If you want to camp, that’s another $55-per-person. And then the cost of beer surviving the weekend. The Coachella FAQs encourage you to carpool, but I don’t think that they’ve looked at gas prices since 1993. At this point, you might as well just fly there. But it starts tomorrow, so if you haven’t bought your ticket yet, you should just keep reading this list until you believe it. I’ll bring you back a T-shirt.